went out to plant yesterday but got my camera instead because the colors + textures are stunning. can’t even imagine the beauty if everything was planted!!!

is it a tad late to (start a) journal about the garden? … perhaps not. late for april and may and ½ of june, but not for the rest of life.

Wanted to sow more cilantro in the cilantro patch but noticed burrowing. Not in the mood for dealing with who knows what kind of critter (saw a small garden snake yesterday that my husband wouldn’t kill or let me kill =\), I sowed elsewhere. Then sowed sunflower seeds

along the stone wall

up to where I stuffed the crevice on the wall where the snake hid. Added plastic T-labels for the cilantro and sunflowers. Also labeled where the allium is so I know what it is when autumn arrives and I decide to move them. Used old forks and spoons to tag others earlier in spring

because i saw it in a magazine

and it looked nice. It does. I have cutlery in the garden! But what’s in the there??? Learned last week that my cellphone has a feature that (from a photograph) tells me what a plant is. Will tag (someday catalog) plants as I move around them. We covered the pepper bed, when we planted them a few weeks ago, with black cloth, and it looks marvelous!

peppers growing and weeds not

After weeding other beds this week, we must hurry and cover them too. This may work out better than hay or anything else we have used in the past to cover and protect the soil. Have overdue dahlias and a leftover peony to plant also. Plus the annuals that were meant to go in containers weeks ago. How on earth do I do this every year? Better question: why? Don’t know. Honestly.

mid-june is as good a time as any to get over it and move on, right?

Must move all of the myosotis | forget-me-nots — they got gobbled up by daisies and bleeding hearts! =( Will be moving a lot of stuff this autumn. 🤞 Filled containers and planted annuals in beds but still have so much! The flowers I last purchased came in six-packs instead of four! Boo-hoo, poor baby, you say. True.

i am grateful for them all.

Have two lavenders in pots because I haven’t decided where to stage a sea (of lavender). JUST DO IT. Right? But no. Plus I have lavender here and there: leave or pull up and put them all together? Still thinking 💬

We think we know why rabbits keep on sneaking into the fenced beds (have chicken wire to add): today we saw a 🐰 with a bunch of straw in its mouth — looked like a mustache. It was funny … until it dawned on me that it is

padding the hole in the bed!

My husband doesn’t think it’s them because the lettuce is untouched. But maybe they’re saving it for the babies? Or she’s got morning sickness? Don’t know and do not plan to find out.

Doused a bee balm with Neem oil because it looked pitiful covered in white powder | mildew. Yuck. May have 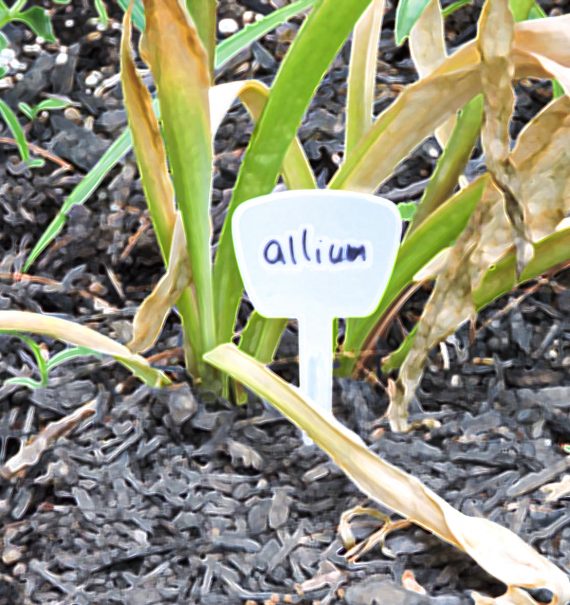 to pull and trash. And perhaps replace it with a new one OR with something else that should go in the ground? Wiser, yes.

The canopy of trees around the backyard is huge. I am looking up from my desk and can barely see sky! Must put my head down and type and stay with the program, otherwise I will start thinking about gutters, doors to paint, windows … and it’s not even seven am. Awoke ~4:30 and hit the ground running.

The Neem Oil worked on the bee balm already! Nature is splendid.

Cut an artificial rug I bought last year for something else and placed outside the beds to stunt weeds. We have a different type of rug in between the beds and it has worked well for years! Need more artificial turf and slate — there’s a pile of slate at a friend’s house for the taking =). We bring it home when we think of it.

won’t bore you with the rest, shall be back as summer + garden progress. chao.

of course, it makes sense